Takes your breath away!

So, we have this wonderful piece by our friendly & truthful statistician Chris Snowdon where it is shown (at long last) that the 'stupendous success' (sic) of this ridiculous smoking ban has equated to 14,600 people per annum quitting - at an average cost of almost £5,753 per head. The BBC, as is there usual anal licking way, herald this as a great triumph - but then they would, as they are supreme at wasting public monies here, there & everywhere (is Linekar unable to drive himself anywhere anymore?) Unbelievably, this wasteful exercise is glowingly described as "THE JEWEL IN THE CROWN". I would have thought it more to be the biggest, bluntest 'needle' in the governments CROWN OF THORNS!
SMOKING BAN 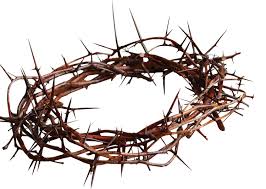 The biggest 'needle' in governments 'CROWN OF THORNS'

The first decade of NHS stop-smoking services in England has been hailed a success by researchers.
The team said the service was the "jewel in the NHS crown" after it helped nearly 146,000 people to quit between 2001 and 2011.

So, in the first decade of "stop smoking services" in England, they claim success for stopping 14,600 people per annum from smoking. The S*P*I*N just cannot get much worse, for the quit figures are only based on a 4 week period!


"The unofficial target for the service is to get half of the people who turn to it for help to quit in the short-term - that is to say to give up for at least four weeks."

They take no account of those who take up smoking again after the 'programme' and those people are highly unlikely to go back and admit failure with a "please can you help me again" plea.
I have the utmost respect for Chris with all his excellent statistical expertise but I think we can 'up the ante' here if we look only from July 1st, 2007 and the true cost of this spiteful, divisive & socially destructive ban.
We already know from previous blogs & comprehensive 'workings out' that this idiotic piece of ideology is costing this country in the region of £1/2bn per month (£500,000,000 if you please through Unemployment Benefits paid, Jobseekers Allowance of £1.53m per 10,000 per week, C/Tax rebates, Housing Benefits and the myriad of other benefits claimed by people-and then don't forget to add on to this lot, the amount of revenue lost to local councils & ultimately government in revenues from business rates, employment revenues gained through NI stamps/contributions, personal tax, business tax; it's endless..... and a massive £amount each month! ) and we now know (from the horses mouth so to speak) that 14,600 people per annum quit smoking, which comes out at 1,216.66 people per month (We'll use a 1,217 fugure for simplification). Now if we divide our already certified £1/2bn (it could even be more!) by our monthly quit figure we find out that it is actually costing this country £410,846.34p per person to quit - based on a 4 week period of course. [You have to remember that gov't figures certify that Jobseekers Allowance payments lone are £1.53m per WEEK per 10,000 people. The hospitality sector has seen 200,000 job losses, therefore £1.53m x 10 = £15.3m x 2 = £30.6 m per week x 4 = £122.4m per month. Do you see how easy it really is to reach the £1/2bn per month figure when we have only scratched the surface (1 item) of costs involved in maintaing this ridiculous total ban?] 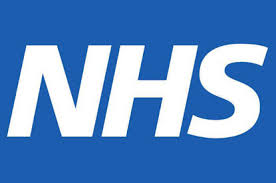 Please-can we have £1/2bn per month to play with???
Wowee, that is some serious wastage of money when our most treasured possession, the NHS is floundering left, right & centre due to 'cuts that have to be made'. We know, without doubt, that the NHS is our most treasured possession for the simple reason that every foriegn national who thinks he/she can use it, arrives here and takes full advantage of it! 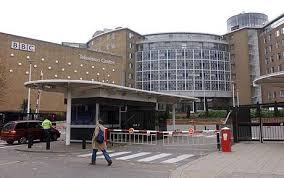 We pay £145 per annum for these bigoted people to waste!
I suspect tht the exceedingly bigoted BBC haven't even thought of the true costs, which of course include the lowliest "maggot council  worker" who finishes his street warden patrol and then changes into 'civvies' to go 'covert' and invite some shisha bar staff to provide him with smoking material INDOORS-just so that he can report to his masters and receive a pat on the head..... for putting yet another business out of business! It is no wonder that 92% of shisha businessmen DO NOT trust government. If the BBC have actually worked it all out I am pretty sure that they would be too embarrassed to print/release the true figures-wouldn't you be?

The agony continues as two more once great pubs have closed in the Wigston/Oadby (Leicester) area. The Royal Oak has been sold

Once an absolute hive of activity
d.o.d August 2013
off to Sainsbury's to be developed into one of those 'quick stop' outlets. At least Ted Tuppen will have clawed a little bit more back to assuage the thirst of his very worried bankers as his company is still a couple of £bn in debt thanks to him being one of the idiots that agreed to 'clean air pubs'-clean air ???..... the smoking ban is certainly cleaning HIM out! Pre ban this place was a hive of activity as people from all walk of life used it, but again, being approximately 80% smoker orientated the ban was certain to kill it off sooner or later.

The second place to close is "The Library" in Oadby (Leicester) which, up  until recently was 'the place to be' in Oadby. Always

(picture borrowed from Pub Utopia)
"The Library"-once, the place to go
d.o.d July 2013
plenty of people using the place, especially the younger generation, "The Library" was a hive of activity-then the ban came and it slowly died the death of thousands. I asked the manager what he was going to do when the place closed and he just shrugged and said "I'm going on the dole, why shouldn't I?" Good man, that is exactly what every person deprived of an income by this disgracefully implemented ban should do. Every single person deprived of a job by this awful law should clearly state, on the dole forms where it asks 'reason for unemployment',  - THE GOVERNMENT. There is absolutely sod all they can do about it as it is the absolute truth-had the smoking ban been implemented fairly then I doubt 10% of the 12,745 closures so far would have occurred. ( I do actually know someone who did exactly that-and caused an almighty row in the dole office!) Incidentally, between the two pubs another 12 people have lost their jobs. Further to that, our local brewery (Everards) now have a plethora of 'opportunities to run your own pub' folks-fancy giving it a go? Having drank in most of them I can tell you that there is no way that you could ever contemplate the rents/rates & other financial commitments that Everards are asking-they just haven't got the customer base anymore. The Barley Mow, where we held our very first 'smokers meeting', is up for grabs, but sadly Everards won't advertise prices online anymore (probably for fear of embarrassment at the massive decrease). It should be noted that Soulsby (unfortunately our

used to drink and eat in the Barley Mow but he no longer supports the non smoking pub he so ernestly desired! Note that  Sir Richard Everard wrote to the government imploring them to become "smoke-free"! Bit of a Gerald Ratner there then.
There's  couple of things that make you wonder just how corrupt our society (and our government) have become because we see from this that the "Cancer Industry" (and believe you me, being in the middle of it-it is an industry) is just one giant fraud. I agree totally:

Findings published in the journal Nature show that 88% of major studies on cancer that have been published in reputable journals over the years can not be reproduced to show their accuracy. This means that the research findings published are not based on accurate results.

Now that is, as our American cousins say, "some serious sh*t!"  Indeed it is because if 88% cannot be replicated then there are some serious frauds going on-and who are benefitting from these frauds? Answer, those at the head of the chain; ie, those highly overpaid personnel at the like sof CRUK etc. When a "charity" rakes in £433,000,000 and then pays out £108,000,000 in wages alone, then that "charity" has become a business, an industry and a highly beneficial source of income to the blessed few! 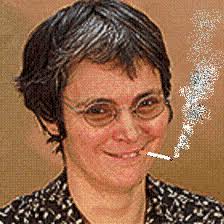 The Bitch from Shoreditch

And from another quarter comes another slap in the face for the corrupted anti-tobacco league "Tobacco increases work capacity". Oh dear me, I doubt that Arnott & Co will want that little gem bandied about too much!

- According to public health officials, tobacco has no benefits at all: "A harmful and unnecessary product," says the WHO (World Health Organization), which has lobbied national governments to combat tobacco use since 1975

We could put the WHO in the same category quite easily as they are ignoring dying Africans and concentrating on happy smokers-which certainly makes them "harmful" and an "unnecessary" being! 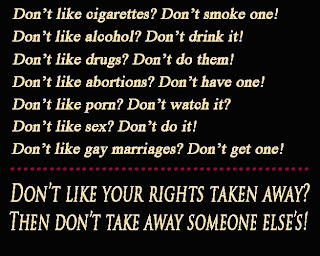 With the WHO on a mission to eradicate smoking/smokers what else can they say. The problem is that because they are the World Health Organisation we tend to believe every word they say, but over the past decade they have proven that they can hold their own with the worlds best liars, the worlds best con merchants & the worlds best fraudsters-it simply takes your breath away!

*****
and just for your entertainment folks

Notification of any major omissions are welcome (with references) to cancer@numberwatch.co.uk .