Not just the "end game" but poverty!

Bear with me on this, as this is Margaret Chan's speech to the selected few in India regarding tobacco control-and the end of tobacco as a legal plant growing in a field.

WHO Director-General considers the tobacco endgame 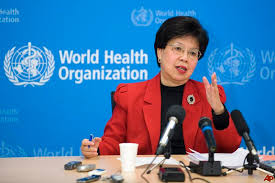 Eire's 'healthy' Bunteresque-James Reilly
Success is always good, but must not be allowed to conceal the fact that the job of tobacco control is far from done. Making tobacco endgames part of overarching development strategies has great policy appeal. In rapidly growing parts of Asia, evidence suggests that the huge costs of NCDs can cancel out the benefits of economic gain. A tobacco endgame makes very good sense as a boost to both health and economic development.So when, if Chan is correct and no tobacco intake = longevity, what answer has she for countries that can no longer afford to maintain rapidly increasing numbers of centenarians? And can the families of all those that die at (say) less than 80 yrs of age then sue Chan/WHO for that relative not having lived as long as here predicted?
But what are the realistic chances of success? None! people that enjoy smoking will continue to enjoy smoking-end of!
I see two main barriers to success. First, most of the proposed endgame strategies depend on a strong capacity for regulatory control and enforcement. Throughout much of the developing world, this capacity simply does not exist at present.And why should it? People do not want to give up smoking just the same as they don't want to give up drinking or having sex or gardening - or all four at one! People are individuals, not robotic creations to be ruled by the likes of fanatics like you. Hitler was a fanatic and look what he did in his bunker-what are you going to do in yours?
Second, tobacco control requires cooperation from multiple sectors of government, from trade, finance, agriculture, education, law enforcement, and the judicial system. Unfortunately, many countries give more importance to tobacco as an issue for trade and commerce than as a severe threat to health. And this is exactly where your ideology falls flat because tobacco revenue is so great that countries cannot afford to terminate it on your say so. How can Zimbabwe put 4million people out of work because you say tobacco should be banned-does Paprika have the same selling power/financial impact as tobacco? I don't think so. Are Venezuela likely to wipe out some 40% of their export income just because you want to rid the world of tobacco? I don't think so. Do you seriously think that this country (a once great Britain) can afford to dismiss the £10-£11bn per year in revenue from tobacco? I don't think so. You continuously bang on about the supposed health issues of tobacco but you never mention the health issues of poverty, chronic depression, social exclusions, loneliness, comfort eating, lack of social cohesion, isolation, inadequte housing, lack of employment opportunities or the other hundreds of things far more important than whether someone enjoys a cigarette/pipe or whatever. Great men such as Churchill smoked, Bertrand Russell smoked-both far cleverer people than you will ever be-except, probably, in the art of duplicity!
The tobacco industry ruthlessly exploits this appeal to commercial interests, everywhere. The most recent example concerns efforts on the part of Philip Morris to sabotage the vote on a strong European Directive on tobacco.And you ruthlessly exploit people's fears! You never cease to employ the words "premature death", but what is a premature death? there is no such thing in actuality as no one is born with a date stamp on their person. It is a figment, a term used by the medical world by which they can instil fear into people. A child that dies at (say) 7hours old is said to have died prematurely but how do you knowif that particular child was only meant to live for 7 hours? You don't. You exploit the 'possible' dangers of tobacco yet never mention dire air pollution, much cused by the sheer volume of road traffic as you cannot be responsible for commerce to slow down or even cease. Strange also that you fail to mention that cancers have increased with industrialisation yet smoking rates have dramatically decreased since the late 1950's! Now just why is that Chan? 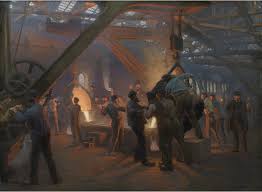 So there you have it folks, the opening speech from Margaret Chan who doesn't really give a toss about your wealth, your employment prospects, your social life, your forms of enjoyment or much of anything else actually-just so long as you don't smoke. And if you do happen to enjoy the odd drag or two then she simply wants to hound you into oblivion-by fair means or foul! Remember one thing in all that is spouted by Chan/WHO-tobacco is a naturally growing plant..... IT IS NOT A DISEASE as she would have you believe.